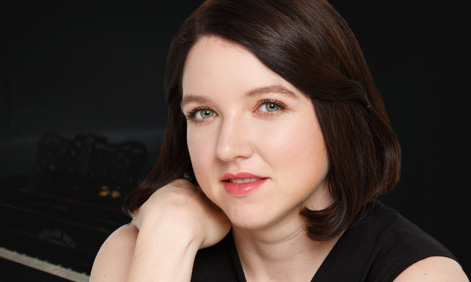 Luisa Splett is an internationally recognized Swiss pianist. Born in Winterthur in 1983 to a family of musicians, she launched her piano career at the age of five and gave her first solo performance at seven.

In 2004 she completed her undergraduate studies under Silvia Näsbom-Thellung and Karl-Andreas Kolly in Zurich at the Zurich Hochschule der Künste (ZHdK), and in 2006 she graduated (with highest distinction) under Yelena Scherbakova at the Universidad Mayor de Chile in Santiago, Chile. In 2007 she moved to St Petersburg for postgraduate studies under the tutelage of Prof. Oleg Malov at the Rimsky-Korsakov State Conservatoire. She obtained her degree in 2009 with highest distinction.

Since October 2012 she has lived in Berlin as an independent artist and teacher. Beside her performing career, she is working on a dissertation at the Universität der Künste Berlin (UdK) on Emil Frey and his pedagogical in influences on the pianists of his time and beyond.

Over the last ten years Luisa has performed concerts as a soloist and chamber musician all over Europe, Russia and North and South America and is often invited to teach master-classes at schools and universities. She speaks six languages fluently and so enjoys easy communication with her public, colleagues and students from all over the world.